He’s Calling for a Priestly People to go to War

To War with an Unsheathed Sword of Light over Minneapolis 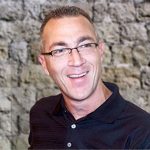 During our Justice in the Waters prophetic intercessory journey last summer (June 2019, from the headwaters of Mississippi River to the mouth in New Orleans), we had a worship gathering at a park (Indian Mounds Park) by the Mississippi River in Minneapolis. During that worship gathering the atmosphere was tuff, a dark resistance, stronger than any on our entire journey.  I felt such a strong oppression of darkness so I asked people from the region if there is Islam in the area. I keep getting the picture of the Burka (Islamic Head Covering for Women). They said “Yes, Minneapolis is a major hub of Islam”.

BEGINNING TO PROPHESY:
there’s a Clashing taking place in that gate of Minneapolis – on that river – on those waters, the Father of waters, the Mississippi River – that’s what it is called. There’s a Sword of Islam trying to uproot our nation from it’s God given roots.

Thank you that their sound will never be the same again. Thank you for a plumb line being dropped in Minneapolis, for the plumb line of Heaven being dropped in that gate. Thank you that darkness will not prevail there. But just as Moses came down the Mountain with his face shining with glory, Father I thank you for a movement coming from your mountain with their faces shining with glory, with a blueprint pattern for the Menorah to be lit in that city, for a Tabernacle of Glory to be established. A people of glory, and a priesthood with an unsheathed sword with an unsheathed sound.

I say your sound is coming out the the sheathe Minneapolis. I say you’ve been in a sheathe season but your sound is coming out of the sheathe, it’s a sound of light. Even as that serpent has raised its head out of the waters in Minneapolis, I say Minneapolis Ekklesia you get to strike the head (head speaks of authority) of that devouring spirit with the sword of the LORD. The LORD is mantling you in that region and I see other regions that will join together to remove the head (authority) of that serpent.

I saw a key gathering (multiple) a summoning of the Kings and Priests. A holy convocation of the Ekklesia with the special op teams that will come in. The LORD will release blueprint strategies to win the battle in the Minneapolis/St. Paul Gate. THAT GATE becomes THE BATTLE GATE and the Battleground for our Nation RIGHT NOW! The only way you will defeat the enemy is with a sound, a Genesis Sound.

Note of the significance of the 17th of Tammuz
The 17th of Tammuz was the day that Moses came down the Mountain with the 10 Commandment on 2 stone tablets and broke them because of the golden calf rebellion. The 17th of Tammuz is when Moses commanded the Priest to unsheathe their swords and go forth striking down the rebellion. This date falls on July 9, 2020 when we will be worshiping with you in Minneapolis