The Hebraic Month of Cheshvan

We have now crossed the threshold into the 8th Hebraic month of Cheshvan (now through Nov. 28).  The number “8” means “new beginnings”and the signs of that are everywhere in our nation and in the nations if we look through the lenses of faith. 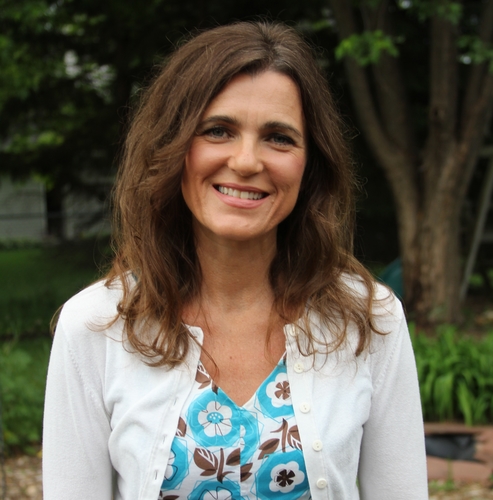 It truly is a new day dawning and the recent nationwide worship/prayer gathering called Awaken the Dawn is just one indicator of the all the NEW that God is releasing in the kingdom right now!

One of the words I’ve released for 5780 (the new Hebraic year and decade we are in) is that it is a time of ending and beginning.  The year 5780 is connected to the number “10” (Hebrew letter YOD) and it means “fullness of time” and “full manifestation” as well as “complete”.  It’s a year for the fullness of Jesus IN you to come OUT of you and for His full circles in your life and destiny–the ending of one thing and the glorious new beginningof another!  Watch for these in your life!

Song of Songs 2:13
Can you not discern this new day of destiny breaking forth around you?
The early signs of my purposes and plans are bursting forth.
The budding vines of new life are now blooming everywhere.
The fragrance of their flowers whispers,  “There is change in the air.”
Arise, my love, my beautiful companion, and run with me to the higher place.
For now is the time to arise and come away with me.

The number“8” is also connected to anointing, favor and abundance. This month is a time to receive a fresh anointing from the Lord and to move in the flow of His favor that surrounds you as a shield!  You are blessed and highly favored (Luke 1:28) to be a river of blessing flowing into the lives of those around you!  King David said:  “You prepare a table before me in the presence of my enemies. You have anointed and refreshed my head with oil; My cup overflows” (Psalm 23:5).  Decree this promise over yourself and all that you steward!

Because “Word in Due Season” has to do with “what time it is”(Issachar anointing) in the Body of Christ, I’m going to also focus on a prophetic word for Oct. 31.  The Lord encountered me with an astonishing discovery, with many pieces connected to the date of Oct. 31.  This is the day in 1917 when the British Empire,which was sovereign over the land of Israel at the time,authorized the Balfour Declaration (officially issued on Nov. 2, 1917).  This was incredibly historic.  It essentially gave the right to the Jewish people who had been exiled to return to the land of Israel and rebuild their nation-home. This also took place in the year of jubilee–amazingly, the time when the Word of God says the land would return to its original owner.  Think of how remarkable God is to time this so precisely!

Beersheba:  Well of Covenant (“7”)
Before the Balfour Declaration was made, however, there was a legendary battle on that same day, Oct. 31, 1917:  The Battle of Beersheba.  Before I launch into a description this battle, I want to connect Beersheba to part of a post that prophet Jon Hamill wrote recently regarding the Georgia Glory Train meetings during the 10 Days of Awe/Yom Kippur:

Chris Mitchell of Virginia Beach spoke a profound message on wells of covenant. Abraham’s famous well in Beersheba literally means “well of seven.” The Hebrew word sheba, or seven, conveys an oath. Beersheba means well of covenant! We sought the Lord diligently for the wells of our covenantal foundations to be uncapped. Sevened to the Lord!

What Chris did not know when he released this message is that the place where he was at–Brunswick, Georgia–is actually on the same latitude at the actual city of Beersheba in Israel!  Brunswick is a “place of first covenant” in our nation connected to the French Huguenot believers who actually were martyred. It’s a sacred place of covenant.  And, during this year’s Yom Kippur, the Lord thundered this verdict from the Court of Heaven:  MERCY!  Mercy for America!

Battle of Beersheba–Oct. 31, 1917
Beersheba:  the well of covenant.  America’s covenantal wells uncapped.  Sevened (covenanted) to the Lord.  In light of this, consider the Battle of Beersheba on Oct. 31, 1917.  This battle was a monumental turnaround victory in WWI and the “beginning of the end” of the Turks/Ottoman Empire stronghold.  It reminds me of D-Day, the turnaround battle for WWII.  D-Day was the “beginning of the end” of WWII. Both of these battles established a much-needed beach head that ultimately brought the victory to the Allies and an end to the respective World Wars.  Ponder all of this with prophetic lenses on for right now.

The Battle of Beersheba was also legendary because of the profound bravery of a group of Australian soldiers called the Light Horse Brigade.  The 4th Light Horse Brigade had been tasked with taking Beersheba–in order to ultimately break through the impenetrable Turkish defenses which were at Gaza. These wells were also necessary for the British forces to have water in order to continue their advance to Gaza. The British forces knew that if they could take Beersheba, they could secure the victory over Gaza–and ultimately the Turks.

Light Horse Brigade
The 4th Light Horse Brigade were under almost impossible odds–surrounded by the enemy.  They were infantrymen who mounted horses, essentially only using a bayonet like a sword. They came across the open plains at full gallop!  Charging and leaping over trenches!  A shocking tactic to the enemy.  Other waves of Light Horsemen followed and dismounted for hand-to-hand combat.  Incredibly, in the end, few Light Horsemen were lost comparatively and Beersheba was secured!

This proved to a major turning point of the war.  The historic Balfour Declaration was authorized on the same day, Oct. 31, 1917!  Within about a year, WWI was over.  Not long after that, the sun set on the Ottoman Empire.  All this, of course, all set the stage for Israel to later become a nation in 1948.  What’s remarkable to considerin current events is that Turkey’s Erdogan now aspires to revive this very Ottoman Empire!

Turnaround THIS Oct. 31
This begs the question:  What turnaround does God want to bring on or from THIS Oct. 31, on the 102nd anniversary of this stunning, against-all-odds Beersheba victory?  How has He mantled you and I to turn back the battle at the gates NOW?

Reformation Day/Oct. 31
In light of all this, Oct. 31, despite what the enemy seeks to do on this day, is Reformation Day!  The very day over 500 years ago when reformer Martin Luther took a nail and drove his 95 theses into the door of the Wittenburg Church in Germany.  Literally sparking a turnaround, a revolution, like the “shot heard round the world”.  This revolution ended up bringing necessary, sweeping reformation to the Church globally!  And God is catalyzing this today through His kingdom reformers of you and me to bring turnaround to every sphere!  Reformation is about transformation and change in every dimension–to manifest “on earth as it is in heaven”!  For the glory of God.

We held a gathering at Josiah Center on the 500thanniversary of the Reformation on Oct. 31, 2017.  We could sense the seismic shift take place and prophesied a crossing over into a NEW APOSTOLIC ERA.  Just weeks later on Nov. 17, 2017 is when our nightly revival meetings began and now we are approaching the 2-year anniversary mark!  All glory to the King!

Globally, we are in similar circumstances as we faced in WWI and WWII. We are watching developments with the “evil axis” of Turkey, Russia and Iran, likened to Gog and Magog (Ezekiel 38-29).  We’re witnessing unprecedented movement from Turkey/Erdogan (again, seeking to revive the Ottoman Empire) as well as the current crisis in Syria, Iran continuing to threaten and more.  But, God!! What might God want to catalyze on this day of Oct. 31 that holds great historic weight?  As we watch some of our own government officials align with the darkness to accomplish evil purposes, what might God do on this day and from this day to bring about HIS justice–which is a foundation of His throne and REFORMATION?

God’s army is the holy Light Horse Brigade, aligned with the army of angelic host, in this epic hour of history.  It might look like we are surrounded and outnumbered but heaven is backing us and we are CHARGING FORWARD boldly as JUDAH with the SOUND and LIGHT of heaven in this New Way Forward!  We are lamplighters on horseback–spiritual Paul Reveres! Releasing the GLORY LIGHT OF GOD from within us!  We fight FROM a place of victory and rest.  We are freedom fighters–bringing the lost and broken home to the heart of Father God to be completely saved, healed, delivered and SET FREE!  The ultimate turnaround.

We are clothed in armor of God’s light, riding with fierce determination, bravery and ingenuity from heaven to bring turnaroundand enforce the victory that Jesus has already secured, by covenant, for this awakening in our nation(s), our states, our cities and our families.  We are arising and shining as LIGHT horsemen to ride in God’s spirit of justice to turn back the battle at the gates!  To preserve and advance the cause of kingdom freedom and to be a key part of this THIRD GREAT AWAKENING in our nation that is already here!  We are being THRUST OUT into the HARVEST fields in new ways!  We are God’s SENT ONES and that is apostolic–part of this New Apostolic Era we are in.  We are forerunners declaring “Behold the Bridegroom comes” because our Bridegroom King is coming!  May all be made ready!